February 14, 2013 By Bruce Glass in Uncategorized Leave a comment

Below is the unedited version of the interview I recently did with well-known Bible scholar Dr. Peter Enns. It was very kind of Dr. Enns to take an interest in the book and to interview me for an article on his blog. Here is how it went:

Why did you write your book?

For many decades polls have consistently shown that about 45 percent of Americans believe humans were created in our present form within the last ten thousand years, while another 45 percent believe in evolution. Most disconcerting is that a majority of Americans, Christians and non-believers alike, think that Christianity and evolutionary science are engaged in an ongoing opposition to one another. This has caused a great many Christians to distrust the motives and the findings of scientists and many non-believers to dismiss Christianity as nothing more than irrational superstition. While there are a few well-written books out there that seek to dispel these myths, evidently more voices are warranted.

Evolution and Christianity is a hot topic, and a number of books have come out in recent years addressing it. What makes your book different?

Primarily three things:  It is more comprehensive than most other books on the subject, its theological emphasis is perhaps a little different regarding the meaning and application of the Anthropic Principle, and it was written by an impartial observer.

I wanted to write a book that would serve as a fairly comprehensive introduction to evolutionary science for the benefit of readers who may be largely unfamiliar with Darwinian theory and the weight of evidence that supports it. Since skepticism of evolution is most often founded in the perception that it undermines, not only Scripture, but the fundamental tenets of Christianity, I wanted to directly address those theological concerns.

In addition to a discussion of Scriptural interpretation and its history, the book addresses the issues of apparently “random” events occurring within a world under God’s sovereignty, the idea of a “fallen world” with humans evolving as a population rather than descending from two individuals, and how evolutionary theory cannot preclude the possibility of a higher order of moral reasoning that results from a direct, spiritual connection to a living God. Included is a discussion of how the paths to spiritual knowledge and scientific knowledge are so very different, and yet, these two kinds of enlightenment can be fully compatible layers of understanding our world.

As an agnostic, I have no personal stake in Christianity’s concordance with the findings of science. I have no reason to contort either of them to make them compatible. So hopefully, readers of all persuasions can conclude that the book includes an impartial analysis of the, often underappreciated, intellectual depth of the Christian faith as it is aligned with the natural world in which we live.

How do you explain why the creation stories in Genesis need not be understood as a literal history of events to be valid and important?

The Bible is replete with parables, metaphors, and symbolic language. It should be no surprise to us (and it is certainly no cause for alarm) that the creation stories were not intended to be taken literally. The use of mythology implies neither a misunderstanding of reality nor an attempt to deceive. It was simply a literary device intended to convey important (but in some regards complex, particularly for ancient populations) concepts regarding God’s sovereignty and humankind’s relationship to Him and His creation.

In your book you contend that an emphasis on the so-called “fine-tuning” of the laws of physics that permits the evolution of intelligent life, as embraced by many Christians, overlooks the importance of recognizing the original concept of the Anthropic Principle. What do you mean by that?

It seems apparent that if God had intended for us to find “proof” of His existence or telltale signs of His handiwork through scientific analysis of the natural world, then it would have been very obvious a very long time ago. The Bible tells us that faith doesn’t really work like that. 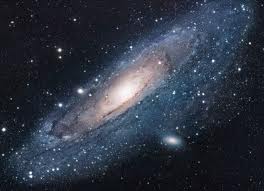 Recognizing the remarkably precise quantitative values inherent in the laws of physics and the properties of our physical universe is indeed a useful way of envisioning God’s creative order. It can play a role in the even larger sense of awe that we experience in contemplating the underlying reality of the very existence of the universe and our role within it. We should be wary, however, of declaring the discovery of empirical evidence of God’s handiwork. There are two reasons for this. The logic doesn’t follow, and God doesn’t mark His trail.

Among the infinite number of possibilities, the likelihood that our universe would exist as it does (capable of evolving and sustaining life) is unfathomable. Such an outcome is most improbable. We might recognize, however, that each and every other possible outcome for a universe, or lack thereof, is equally improbable. The only reason we think our universe is so special—that its existence seems such a very fortunate circumstance—is because we have a personal stake in the matter. Only a God capable of producing all outcomes could objectively prefer one to another.

Faith founded upon empirical evidence is a precarious faith. Throughout much of history, men have pointed to misunderstood natural phenomena as evidence of God. During the period that came to be known as the “Age of Reason,” claims of scientific evidence of God became rather commonplace. The unintended result was that, as scientific discovery progressed, the discrediting of such claims soon became the first seemingly rational basis for atheism.

Of course not everyone fell into that trap—an inadvertent trap set by such great thinkers as Descartes and Newton. The renowned mathematician Blaise Pascal, for example, insisted that Augustine and Aquinas had been correct in their claims that God is undetectable in nature. Martin Luther too had frequently written of what he called the “masks of God” by which God can make Himself known spiritually, while remaining hidden from our direct observation. As John reported in his Gospel, Jesus had explained to “doubting” Thomas, “blessed are those who have not seen and yet have believed.”

The Bible tells us repeatedly that God’s imprint is revealed by the beauty and by the order of His creation. Wouldn’t recognition of the extraordinarily precise values of the laws of physics that enable the evolution of human life be recognition of God’s imprint on nature—clear evidence of God’s imposition of the kind of order on the universe that provides for our very existence?

Yes and no. I think it’s important to recognize a clear distinction between spiritual knowledge and empirical or scientific knowledge. These two kinds of knowing, arrived at by very different avenues of inquiry, can be thought of as distinct but, if rightly considered, fully compatible layers of understanding our world. Scientific understanding is of course gained through the study of nature by means of the scientific method, while spiritual insight, on the other hand, is gained through tradition and revelation—through Scripture and an intrinsic spiritual connection to God. As Pascal and many others have noted, knowing God is not a matter for the head, it’s a matter of the heart. 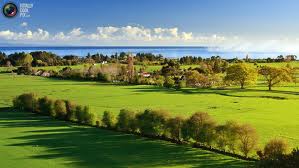 It is through the faithful belief in God’s incarnation as Jesus of Nazareth that the Christian can know God and understand His purpose for individual lives and for all of creation. And it is through this understanding—this spiritual insight—that the believer can attribute the beauty and the order of nature to the work of what Paul described in his epistle to the Romans as God’s “invisible qualities.” In that sense, of course, nature can shout the existence of God.

Some critics have suggested that your book doesn’t really reconcile Christianity and evolution—that you do not demonstrate how God is likely involved. Is that your intent?

I think the idea of “reconciliation” can sometimes be confused with “synthesis.” As I have described, I think it is a precarious undertaking to try to specifically describe God’s direct role in the processes of nature. We can know about natural processes through observation and testing. It is rather evident that God has no intention of our observing and testing Him. We cannot demonstrate how God works. We can only demonstrate that natural processes do not preclude God’s dominion.

Do you think that mainstream scientists and creationists, or the advocates of Intelligent Design Theory, can ever come to agreement?

It’s a circumstance of the human condition that individuals comprehend the world differently. So there will likely always be those who reject the findings of science, and those who reject any belief at all in God. But as we work to dispel the myth that science can undermine the tenets of Christianity, undoubtedly there will be many who will find a more unshakable foundation for their faith, and others who will take a second look at Christianity as a viable and enriching foundation for life.